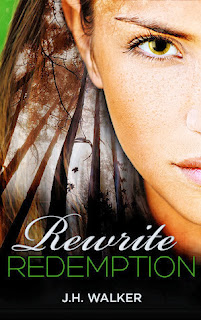 She’s sixteen. He’s seventeen. They don’t know each other…at least not yet.

She has a secret and her whole life revolves around keeping it. Every few months and with little warning, she simply disappears, pulled into the past for hours or even days. She’s terrified it will happen in front of someone, changing her life forever. So far, the only witnesses have been her parents, and that didn’t end well. She has no control over it and no idea why it happens to her.

He has answers—at least he understands what’s going on. He has a secret, too. He’s part of an organization that goes back in time to rewrite reality. But he also has a problem. He broke the organization’s number-one rule by altering his own timeline. As punishment, he’s been blocked from time travel, which is most unfortunate. Because the changes he made to his timeline, accidentally resulted in disaster for his family. A disaster he’s now prevented from repairing. No one can travel beneath the organization’s radar except a Shadow. But they’re rare, so rare he’s never even met one.

Then he moves to her town.

I killed my mother.

Okay, I didn’t exactly shoot her or stab her in the back or anything. But if I’d never been born, she’d still be here, simple as that.

It wasn’t premeditated mom-slaughter—I’m not some monster. But it was my strangeness that did her in, no doubt about it. If you saw me, you’d never believe one skinny, sixteen-year-old girl could be responsible for so much tragedy.

But you’d be wrong.

An ancient curse says, “May you live in interesting times,” meaning dangerous and turbulent. That pretty much sums up my life. I mean, when your very existence in time is out of control, life can get pretty interesting. Every few months, I get yanked back in time for hours or even days. I don’t know why. I don’t know when. I have absolutely no control over it. I feel a tingle, and seconds later, I just shimmer, fade, and poof, I’m in the past.

My biggest fear was that it would happen at school, and before you could say, “Did you see that?” I’d be the next viral freak on YouTube. It would be a short walk from YouTube to a government laboratory somewhere remote. Yeah, like I wanted that to happen. My strategy was to fade into the woodwork, so if I vanished at school, no one would even notice.

The first time I disappeared, I was six months old. In the beginning, my trips were short, and I was only gone about a minute. Of course I don’t remember this happening, but I’d heard the story a million times. It was the primary topic at my house…until my mom checked out.

I was born in the fall. By spring, I had just learned to sit up and was grabbing everything I could get my hands on. It had been a long, cold winter, and my mom had waited weeks for it to warm up enough to show me the tree house. Built with love by her grandfather, it had always been her special place. Once inside, she lifted me up to touch the trunk that rose right through the middle of the room. And as soon as my tiny hand touched the bark—BAM, I was gone.
She totally freaked—I was in her arms one moment and simply gone the next. But before she could do anything other than just stand there in shock, I morphed back into existence fast asleep with my thumb in my mouth…or so the story goes.

If that had been the end of it, maybe she could have dealt…chalked it up to too much caffeine or something. But it kept happening two or three times a year, just enough to keep her on edge. The problem was that every time I disappeared—which wasn’t all that often, but still—my mom was the only witness.

She told her friends, but they just looked at her funny and began avoiding her. She tried desperately to convince my dad, Sam. But since he never saw it happen, what could he say? Talk about a rock and a hard place. He wanted to believe her, but he just couldn’t. Sam was a scientist. He needed evidence.
My mom tried a few times to get me to tell my dad—and I did. But Sam thought I was saying what she wanted me to say—you know, siding with my mom out of loyalty. I mean, I was disappearing, but I was just a kid. What did I know? I was confused and too young to make sense of it then. I just wanted them to not fight about it.

They argued about it constantly. I’d listen to them late at night, huddled outside their door, wrapped in a blanket. My mom would lay out her argument, and Sam would bring in science. She’d say she saw it happen. Sam would say it was impossible. It tore them apart. Finally she gave up talking about it. Sam pretended she’d be fine if she got enough rest. I just hid in the tree house with my friends, Lex and Ipod.

I was seven the last time she saw it happen. That one was the last straw. She totally lost it. The doctors gave her drugs, and she walked around like a zombie, barely recognizing Sam and me. She started talking to herself, mumbling, and watching me like a hawk. She got all twitchy and jumped at the slightest noise. She lost her appetite.

It was another dangerous equation, this time for my mom. Disappearing kid + disappearing’s impossible = she must be crazy.

Near the end, she got caught up remembering her Grandpa Charlie, staying up all night, looking through photo albums. She was obsessed about his going crazy, thinking the same thing was happening to her, that it was genetic. Finally, I think, it was just too hard living with the uncertainty. So one day she took a boatload of pills and made the uncertainty go away.

At least for her.

My world got cold and empty real fast. I got through the funeral…barely. I never would have made it without Lex and Ipod. But I survived.

Then about a month later, Sam and I were alone in the back yard, and I felt the tingle. Looking down, I saw that I was starting to shimmer. I remember being so surprised. Somehow I thought it would all stop when my mom was gone…like maybe the craziness was because of her. That’s when I realized that everything—our whole, weird family nightmare—was my fault.

I looked up from my shimmering hands at Sam. He was staring at me as if he’d seen a ghost. I felt this hollow feeling in my chest…a dark, frigid emptiness. And then I disappeared right in front of a supremely stunned Sam.

I was only gone a few minutes. But when I returned, he was standing there, rigid as a statue, tears running down his face. I walked up to him and touched his hand, waiting for him to say something. He looked down at me with empty eyes and didn’t say a word. He just walked into the house, poured himself a drink, and that’s about all he’s done ever since. He’s never talked about it…not even once.

My guess is it wasn’t so much the shock of his reality blasting apart, or even the mysteriousness of my disappearance. It was the realization that he let my mom down. That he’d failed her. That she was right all those years and he was wrong. So now he’s following in her footsteps…via slow motion alcohol poisoning.

I suppose I’m at fault for taking him out too. 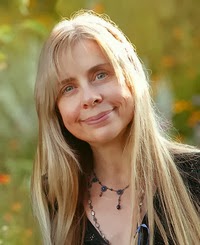 J.H. grew up in Central America. She now lives in the foothills of the Colorado Rockies with her photographer husband and many, many books. In addition to her never-ending study of human behavior, she’s a political junkie and a certified tree hugger. Rewrite Redemption is her debut novel.