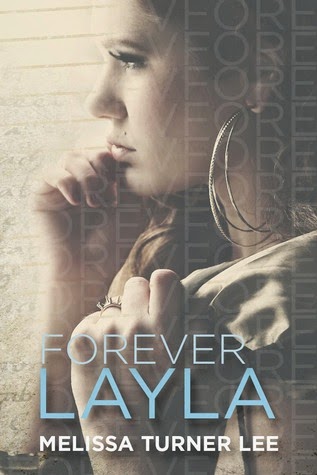 What if the woman you envied most is the person you are destined to become?

In 1994, high school senior David Foster was the lackey and soundboard geek for his best friend's grunge band. During spring break, the band lands a dream gig playing at a motel in Myrtle Beach, SC. David expected all the girls to ogle the guys on stage, but when a beautiful blond "Bond Girl" approaches him and calls him by name, he's shocked to find out she knows more about him than a stranger should.

She even knows about his notebooks and his visions of time travel.

What she thought was a quick time-travel-sightseeing trip takes a surprising turn when she meets the young adult version of the man she'd heard stories about as a child. His fairy-tale romance with the woman he'd loved, Layla, inspired her to accept nothing less than a love just as strong...but hopefully not as tragic. When she won't tell the younger version of him her name, he calls her Layla--and the world as she knows it changes forever.

Even though I don't like fantasy novels, my week spot has always been time travel and aliens. For that reason, I signed up for the blog tour of Forever Layla. And boy, am I glad that I decided to join despite my busy schedule because it's one of the most original and amazing time travel books I've ever read. It's a story that will stay with me forever.

In the spring break of 1994, David's best friend's band lands a gig playing at a motel in Myrtle Beach, SC. David, being the soundboard guy, got to go with them. David never expected girls to notice him, but then came a mysterious girl who knows his name and about his notebooks. This girl claims to have lost her ride but won't say more about the past. When this girl doesn't tell him her name, David decides to call her Layla.

Layla could not accept being called Layla. She has heard so many stories about the beautiful Layla, and that Layla cannot be her! But as the story goes on, she learns to accept the fact that she is, indeed, the Layla of the stories she heard, and she works hard to assume her role to help her husband build the time travel machine that he was destined to build.

Forever Layla is an original time-travel story that captivated me with its unique twists and turns. It was a different take on all the other time travel books I've read, and it was really good. Every twist was a surprise, and that kept the book very interesting and entertaining. The romance element was good, and soon I couldn't put the book down!

My only problem about this book was that Layla was too clueless about the 90s. If her age is correct, she should know what some of the things David was talking about, like the beeper. Even I know what that is. Aside from that though, this book was a short read that was easy to love.

I recommend this to time travel lovers and plot twist lovers alike. It's really and intriguing book that will keep you entertained!