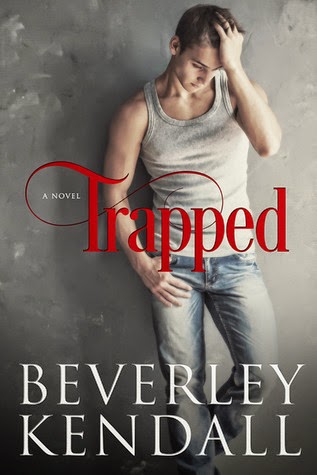 My life has turned out to be such a cliché. And not in a good way.

It’s not exactly Sixteen and Pregnant, but at eighteen my only advantage is a high school diploma. And if that’s not enough, the father—and I use that term loosely—couldn’t have hightailed it out of my life fast enough.

I thought I really knew him. Unfortunately, my boyfriend of three years transformed from Dr. Jekyll to Mr. Hyde once he realized his carefree, childless days would be coming to an end.

I’m over him now though. The real love of my life is chubby, has more gum than teeth, and stands a little over two feet tall. She may not have been planned, but I’ve never regretted having her. She is the center of my world.

A world that’s turned upside down when my ex returns ready to earn the love and trust of the child he abandoned before birth.

Letting him into my daughter’s life is one thing but letting him back into mine isn’t going to happen. Because the biggest mistake of my life has a name, and that name is Mitchell Aaron Kingsley.

And he’s one mistake I don’t ever intend to make again.

“Great, and I appreciate that,” he says, his tone heavy on the sarcasm. “But this is for Bree and you know I would do anything for her.”

Right. Bree comes first. As she should.

“Oh I know you would,” I reply, in total agreement with that. “You love her. You moved back home to be with her. You quit football for her. You’ve canceled plans for her. Believe me, Mitch, I can clearly see how much you love her.”

There’s a beat of silence and then he says, “Wait, isn’t that supposed to be a good thing? I thought that’s what you wanted. Hell, isn’t that what all mothers want from the fathers of their kids?”

“It is,” I say quietly, heat suffusing my cheeks in a flood of shame and remorse. God, what is wrong with me? This is what I want. Always wanted. All those nights I walked the carpet with her trying to get her to sleep, I wanted him there. And how many tears had I shed wanting him to care this much?
Far too many.

Mitch growls low in his throat, tips his head back and runs his hands roughly through his hair. His expression is one of utter bewilderment when he lowers his gaze to mine. “Then. What. Is. The. Problem? You gotta help me out here, Paige, because I’m doing everything I can think of to prove myself to you.”

And that’s when it hits me. If they were doing a remake of Mommy Dearest, I could easily be cast in the lead role because I think I'm actually jealous of my own daughter. God, I have to be the worst mother in the world.