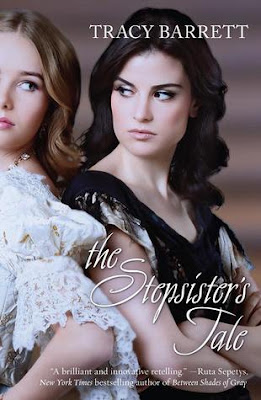 What really happened after the clock struck midnight?

Jane Montjoy is tired of being a lady. She's tired of pretending to live up to the standards of her mother's noble family-especially now that the family's wealth is gone and their stately mansion has fallen to ruin. It's hard enough that she must tend to the animals and find a way to feed her mother and her little sister each day. Jane's burden only gets worse after her mother returns from a trip to town with a new stepfather and stepsister in tow. Despite the family's struggle to prepare for the long winter ahead, Jane's stepfather remains determined to give his beautiful but spoiled child her every desire.

When her stepfather suddenly dies, leaving nothing but debts and a bereaved daughter behind, it seems to Jane that her family is destined for eternal unhappiness. But a mysterious boy from the woods and an invitation to a royal ball are certain to change her fate...

From the handsome prince to the evil stepsister, nothing is quite as it seems in Tracy Barrett's stunning retelling of the classic Cinderella tale.

When I first started reading The Stepsister's Tale, I was actually very invested in the story. As a fan of fairy tale retellings, it's always interesting to be able to read from the villain's perspective. But as I read on, I found the book to be too long because it was full or narratives, which I never seem to enjoy. In addition to that, I actually read Snow, Glass, Apples by Neil Gaiman, which is a Snow White retelling from the Evil Queen's perspective.

The main difference of that book and this one is in Snow, Glass, Apples, it showed the misrepresentation of the story, but it also showed that the events were still true. The Evil Queen really tried to poison Snow White, but she had her reasons. In The Stepsister's Tale, the author made it so that the stepsisters were absolutely kind, and everything was Cinderella's fault. In this sense, there was a role reversal. I think I would have liked it more if the characters weren't made to be so absolutely good or so absolutely bad.

I would have to admit though, that Tracy Bennett's imagining of the novel is very much commendable. It seems like a simple enough plot, but if I were tasked to think of something like this, I'm pretty sure that I won't be able to do it. The idea is really great, and I always enjoy reading from another perspective, but I think it could still be improved.