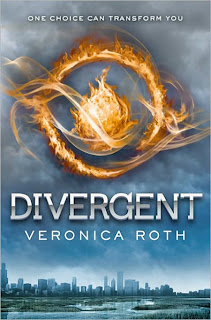 In Beatrice Prior's dystopian Chicago world, society is divided into five factions, each dedicated to the cultivation of a particular virtue--Candor (the honest), Abnegation (the selfless), Dauntless (the brave), Amity (the peaceful), and Erudite (the intelligent). On an appointed day of every year, all sixteen-year-olds must select the faction to which they will devote the rest of their lives. For Beatrice, the decision is between staying with her family and being who she really is--she can't have both. So she makes a choice that surprises everyone, including herself.

During the highly competitive initiation that follows, Beatrice renames herself Tris and struggles alongside her fellow initiates to live out the choice they have made. Together they must undergo extreme physical tests of endurance and intense psychological simulations, some with devastating consequences. As initiation transforms them all, Tris must determine who her friends really are--and where, exactly, a romance with a sometimes fascinating, sometimes exasperating boy fits into the life she's chosen.

But Tris also has a secret, one she's kept hidden from everyone because she's been warned it can mean death. And as she discovers unrest and growing conflict that threaten to unravel her seemingly perfect society, she also learns that her secret might help her save those she loves . . . or it might destroy her.

Divergent is book one of The Divergent Trilogy, written by the amazing Veronica Roth. I've read this book twice now, and I'm happy I found this book.

I read this book mainly because everyone was talking about it, and I wanted to know who Tris was, or who Four was, and stuff like that, but now that I've read it, I can say that I really love this book! After reading this and The Hunger Games, I came to love the Dystopian genre.

I really loved this book! From the faction names, to the initiation, to Tris' and Tobias' romance. I love the action, the mystery, and of course, the romance! I'm really interested in Tris' and Tobias' relationship, and I cant wait to read the next book!

In short, I love everything about this book! Way to go, Veronica Roth! 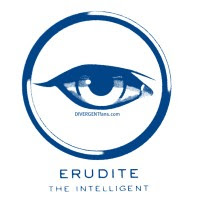 “We believe in ordinary acts of bravery,

in the courage that drives one person
to stand up for another.” 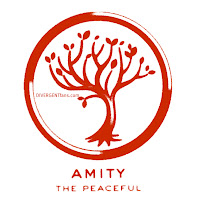 “I have something I need to tell you," he says. I run my fingers along the tendons in his hands and look back at him. "I might be in love with you." He smiles a little. "I'm waiting until I'm sure to tell you, though."
"That's sensible of you," I say, smiling too. "We should find some paper so you can make a list or a chart or something."
I feel his laughter against my side, his nose sliding along my jaw, his lips pressing my ear.
"Maybe I'm already sure," he says, "and I just don't want to frighten you."
I laugh a little. "Then you should know better."
"Fine," he says. "Then I love you.” 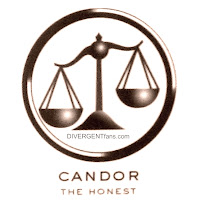 “Becoming fearless isn't the point. That's impossible. It's learning how to control your fear,

and how to be free from it.”

“A brave man acknowledges the strength of others.”

“I have a theory that selflessness and
bravery aren't all that different.” 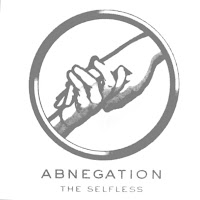 “I feel like someone breathed new air into my lungs. I am not Abnegation. I am not Dauntless.
I am Divergent.” 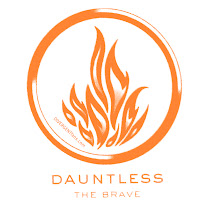 “Politeness is deception in pretty packaging.”

“It must require bravery to be honest all the time.”

“...there is power in self-sacrifice.”

“I feel his heartbeat against my cheek,as fast as my own.
"Are you afraid of me, too, Tobias?"
"Terrified," he replies with a smile.”

“What did you do, memorize a map of the city for fun?” says Christina.
“Yes,” says Will, looking puzzled. “Didn’t you?”

One Choice, decided your friends.

One Choice, defines your beliefs.

One Choice, determines your loyalties - Forever.

ONCE CHOICE CAN TRANSFORM YOU”

*a Divergent bookmark I made with Polyvore