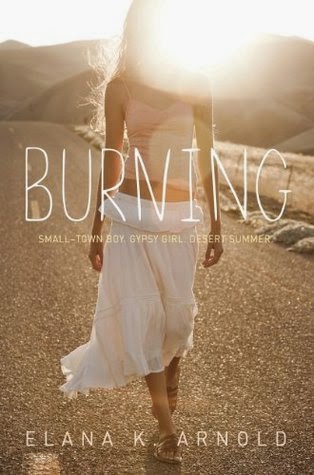 Lala: She and her Gypsy family earn money by telling fortunes. Some customers choose Tarot cards; others have their palms read. The thousands of people attending the nearby Burning Man festival spend lots of cash--especially as Lala gives uncanny readings. But lately Lala's been questioning whether there might be more to life than her upcoming arranged marriage. And the day she reads Ben's cards is the day that everything changes for her. . . and for him

I'm sorry, but I just can't bring myself to read on. Usually, I hate not finishing books because I feel guilty, and I never DNF a book this early because I like giving books a chance, but I guess this one is an exception. I just can't go on anymore, even after forcing myself!

Normally, I love books with dual point of views because I always enjoy reading things from a male perspective, but not this one! I hated Ben's chapters because they dragged on and on, and everything seemed unnatural. At first I just wanted to skip all of Ben's parts and jump to Lala's chapters, but eventually that dragged on too and became boring. Nothing was happening, but there were just too many words!

I know that I should not judge because I haven't actually finished the whole book yet, but I just felt like this book was excessively long! The idea of the story excited me from the synopsis, but I think that the story itself was not able to deliver.