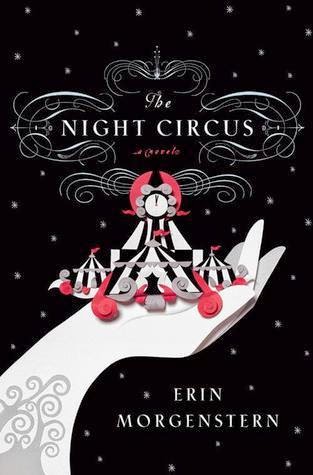 The circus arrives without warning. No announcements precede it. It is simply there, when yesterday it was not. Within the black-and-white striped canvas tents is an utterly unique experience full of breathtaking amazements. It is called "Le Cirque des Reves," and it is only open at night.

But behind the scenes, a fierce competition is underway--a duel between two young magicians, Celia and Marco, who have been trained since childhood expressly for this purpose by their mercurial instructors. Unbeknownst to them, this is a game in which only one can be left standing, and the circus is but the stage for a remarkable battle of imagination and will. Despite themselves, however, Celia and Marco tumble headfirst into love - a deep, magical love that makes the lights flicker and the room grow warm whenever they so much as brush hands.

True love or not, the game must play out, and the fates of everyone involved, from the cast of extraordinary circus per-formers to the patrons, hang in the balance, suspended as precariously as the daring acrobats overhead.

"The circus arrives without warning.
No announcements precede it.
It is simply there, when yesterday it was not."

If you ask me what The Night Circus is all about, I could probably tell you that it's about a circus that shows up without notice, the people inside the said circus, magic, and a duel between Celia and Marco. But if you ask me to explain it in detail, I probably wouldn't be able to supple you with the answers. The book was vague and very much confusing, but I couldn't help but enjoy it.

The Night Circus is told in third person, so there were many characters that were featured, making me confused in the beginning. What makes it more complicated is that it jumps in time - when this chapter takes place in 1886, the next would be in 1990, and then 1886 again. Because of this, it took me a while to finish the book.

I'm really glad that I gave The Night Circus a chance despite its vague-ness because the author writes in such a beautiful way. Her descriptions created such a vivid image in my mind that I almost felt like I was dreaming instead of just sitting in my room and reading the book. As I read the book, I felt the same awe that the characters felt when they visited the circus.

I'm still debating between 3.5 and 4 stars for this one, but I might just as well settle with 3.75 because I find it really hard to decide. The start and ending were amazing, but I thought it was slow for most of the middle part. Nevertheless, I enjoyed it and I must say that it's one of the most unique books that I have read so far.

“The finest of pleasures are always the unexpected ones.”
“People see what they wish to see. And in most cases, what they are told that they see.”

"Life takes us to unexpected places sometimes. The future is never set in stone, remember that.”