ARC Review: Between the Notes 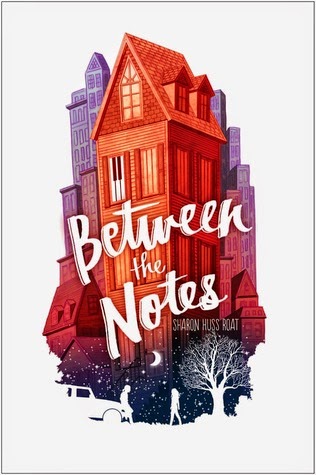 When Ivy Emerson’s family loses their house—complete with her beloved piano—the fear of what’s to come seizes her like a bad case of stage fright. Only this isn’t one of her single, terrifying performances. It’s her life.

And it isn’t pretty.

Ivy is forced to move with her family out of their affluent neighborhood to Lakeside, also known as “the wrong side of the tracks.” Hiding the truth from her friends—and the cute new guy in school, who may have secrets of his own—seems like a good idea at first. But when a bad boy next door threatens to ruin everything, Ivy’s carefully crafted lies begin to unravel . . . and there is no way to stop them.

As things get to the breaking point, Ivy turns to her music, some unlikely new friends, and the trusting heart of her disabled little brother. She may be surprised that not everyone is who she thought they were . . . including herself.

Ivy Emerson used to live in a big house, but when her father's investment went wrong, she was forced to give up everything - including her beloved piano - and move to Lakeside, the wrong side of town, with her family. She was ashamed of this fact, so she made up lies, but as time goes on, her lies begin to unravel. Here, Ivy learned to embrace what has happened to her family and live with it.

Between the Notes is a book that I had second thoughts about going into at first, but I'm really glad that I finally decided to request and read it because it's an amazing book! Despite its many pages, I read it in one sitting and I was able to finish it in a flash. The story is gripping and very much relatable, and the way it was written was just great!

I loved how this book was about not just romance, but also about family, friendship, and learning more about oneself. At first Ivy was bitter and created lies, but she still took care of her family, especially her special-needs brother. Later on, Ivy learned to embrace her situation and had the courage to tell the truth to those who were judgemental of her. I also loved Ivy and Reesa's friendship because it showed how in every friendship, there are fights, but if you're really friends, it will all work out in the end.

I really, really loved reading this book. My only complain is that I felt like there was not enough "Lennie time" because I still know so little about him. His character was not explored much, and I really wanted to know more about him! Also, the ending was not rushed, but I wanted more. Even though this book has 400 pages already, I wanted the story to be prolonged because it just wasn't enough for me!

With all those said, I can't believe that this book has the rating of only 3.80 on Goodreads because I really loved it! 4.5 stars for this amazing debut novel by Sharon Huss Roat!