Review: I'll Give You the Sun by Jandy Nelson 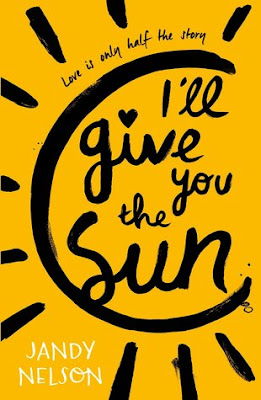 From the author of The Sky Is Every­where, a radiant novel that will leave you laughing and crying - all at once. For fans of John Green, Gayle Forman and Lauren Oliver. Jude and her twin Noah were incredibly close - until a tragedy drove them apart, and now they are barely speaking. Then Jude meets a cocky, broken, beautiful boy as well as a captivating new mentor, both of whom may just need her as much as she needs them. What the twins don't realize is that each of them has only half the story and if they can just find their way back to one another, they have a chance to remake their world. 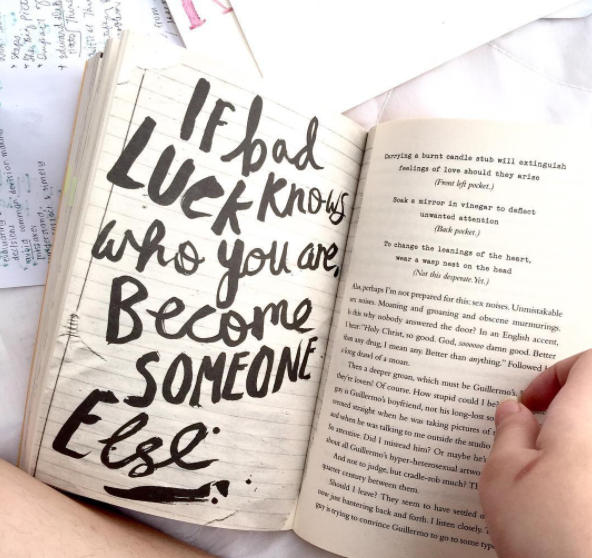 I’ll Give You the Sun is a book with a lot of hype surrounding it. I wanted to read it so badly for so long that I even went ahead and ordered the UK version on The Book Depository because I saw that it had amazing paint splatters inside. It was so overhyped at some point that I had really high expectations for it. Then began the reading process, and honestly, I didn’t like this book at first. I was slow to start and I didn’t get what all the hype was about. I actually kind of felt cheated because everyone was raving about it and I just didn’t get it! I didn’t get the point of the book, and I didn’t get what was going on. However, it was only after I finished the whole book that I began to appreciate how truly amazing and hype-worthy this book is.

I’ll Give You the Sun is told in two perspectives - Noah from the past, and Jude during the present. It alternates chapters between two people and two timelines. I have to admit that at first it was a bit confusing but you can just get used to is as you go along. It explores themes of family, friendship, first loves, bullying, LGBT, adultery, self-growth and self-love. It has a simple enough story, but the book was able to touch the surface of many different subjects.

I think what really took me off guard after reading this book is how things are never what they seem. We often judge people by their covers, and oh, how mistaken we are, if this book is to be any basis. The characters in this book held grudges against each other, not knowing what the other did to protect them. They were quick to cast judgements and hate, but if they just let down their prides and talk it out, they would learn that only love lies underneath their actions. This made me think of how often I am quick to cast judgement on those around me, especially on my own family, and it made me realize that maybe we just don’t communicate enough for us to understand each other enough.

Although I thought this book centers on romance, fair warning, it does not. Romance is but a small part of this book, which is mainly why I thought there was nothing happening at first. I thought this was going to be centered on romance, but apparently, I was wrong. It actually has elements on romance in it, but it’s not the main focus of the story. Noah and Jude both found their romances, and of course those parts made me swoon as well.

I don’t think I can get into much detail about this book without spoiling anything, so I’ll cut my review short. I feel like the things I want to mention will be, one way or another, considered spoilers by some because it will give a hint to where the story is going. Anyway, I really liked this book, and I really recommend it to anyone who is interested. Just be warned that this book does not center on romance, and remember to give the book a chance until you finish it before you judge if you like it or not. Happy reading!